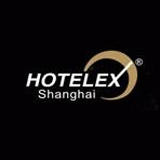 HOTELEX Shanghai is one of the largest, most influential and high-quality hotel and catering fairs in China. The exposition included a total of 22 indoor and outdoor pavilion, total exhibition area of 220000 square meters, HOTELEX Shanghai's professional edition piece respectively, including food and beverage equipment, desktop items, coffee and tea, beverage, cooking food, baking, ice cream, wine and spirits, such as display area, brought together from mainland China, Italy, Spain, the United States, Germany, Japan and Hong Kong, Macao and Taiwan and other countries and regions of the exhibitors. In this can be called the domestic hotel and restaurant industry annual procurement ceremony on the stage staged a set of competition, display, discussion and trade pairing, and other multiple wonderful dramas, for the domestic and even international hotel and restaurant industry has made an immeasurable role in promoting the rapid development.

As a bellwether for hotel catering and high-end food and beverage exhibitions, HOTELEX Shanghai has set a new record in terms of both exhibition scale and number of buyers. A total of 146,267 professional buyers, dealers, and agents from the hotel and catering industry, coffee, ice cream and baking industry, bars and clubs, supermarkets and retailers visited the exhibition, including 5,135 overseas visitors from 122 countries and regions. This year, the number of overseas visitors has doubled in Vietnam, the United States, Australia, Indonesia, and other countries and regions. The audience from southeast Asia accounts for 20.95% of the total overseas buyers. Viewers from the United States accounted for 12.46 percent of the overall overseas buyers, up nearly 3.2 times. The number of professional buyers in Australia also increased by nearly 2 times, and the growth of the audience in the above countries and regions indicates the hotel's position in the global industry. Through the analysis of the overall audience source composition, it can be seen that the proportion of the buyers of restaurants/restaurants/fast-food restaurants/snack shops/takeaways and coffee/tea/baking products increased significantly, accounting for 23.76% of the total audience. At the same time, with the division of HOTELEX phase, I and phase ii, the proportion of buyers and visitors of hotels/hotels/resorts and other hotel supplies tends to be stable.

Mike murefu 8 months 8 days
Yes, I want to visit again. Because Have many hospitality products, and very good exposure.