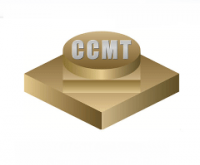 The CCMT has been successfully held for nine sessions since 2000

The CCMT has been successfully held for nine sessions since 2000 first in Beijing, then in Shanghai, 2010 and 2012 in Nanjing in even years. Organized by CMTBA – the China Machine Tool and Tool Builders´ Association – CCMT became one of China's biggest machine tool and metal-working exhibitions – in fact with the move back 2014 it became the Shanghai-edition of CIMT, the leading machine tool technology show in Asia!

With the successful re-start in Shanghai 2014, CCMT impressively showed it´s good reputation throughout China and the Far East: Although not perfectly timed with a date end of February, it attracted out of the cuff 910 exhibitors and 143.039 visits. Lot of longtime international partners of the organizer CMTBA have supported from 2016 onwards not only CIMT but also CCMT as the leading machine tool event in even years in China. No one else in China and throughout the Far East region is able to reach such a number of highly qualified visitors. As an officially appointed agent for Germany and German-based exhibitors at CIMT and CCMT, IMAG will be glad to support your marketing activities in China accordingly!