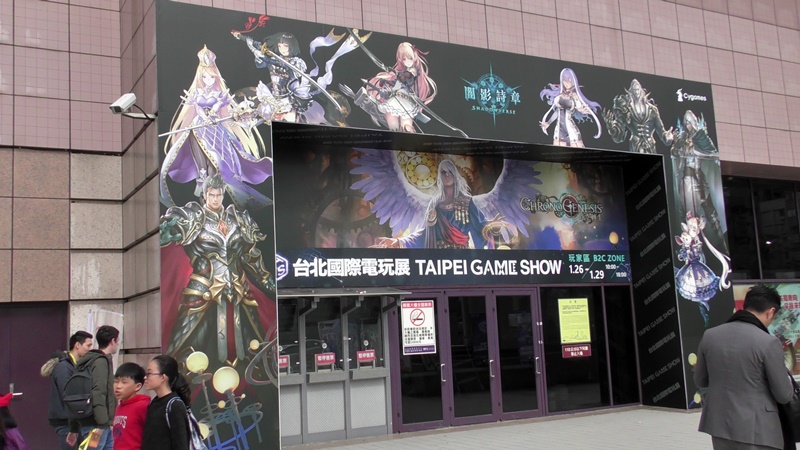 Taipei Game Show, held by Taipei Computer Association (TCA), is the only game exhibition, which combines B2B and B2C zone. From 2003, it attracts tons of gamers from all over the world because of the special and amazing content. Taipei Game Show has gone through showcasing in a small center nearby Songshan Airport, to a sizable exhibition hall, also, the public visitors increased from 1,000 to 100 thousand. We witness the rise of the game industry, experiencing a tough time at begin and the crush of industrial changing. Because of these, we find our own way in such a competitive world, becoming the most important platform in the Asian market. TGS is famous for the latest trends, the best gameplay experiences and with high acceptance of foreign games. We create a chance to facilitate the interaction among the gamers, the developers and the world, working on making more sparkles in Taipei Game Show. Not only attract much more people but firmly believe that the game industry will become the wave of the future.

APG is held on January every year or occasional communication activities before TGS. In 2016, it was moved to Tokyo, Japan for the first time to promoting and sharing the experiences of localizing the game. From 2014, APG has been held for hundreds of speeches and sessions, inviting different kind of industrial experts to talk about “Global Strategy”, “Marketing & Promotion”, “Game Narrative”, “eSports”, “Virtual Reality”, “Social Media” and “Business Matching”, etc., The number of attendees accumulated to almost 4000. To help startup game developers promote products to the world, APG organizes “Indie Game Panel”, which invites the most creative game developers all around the globe to share their experience of game development and achievement.”

B2B ZONE divides into “B2B ZONE” and “Indie Game Festa”. The former one focuses on game developers, publishers, third-party payment and advertisers, the latter one gathers global indie teams to share and merchandise their game IPs. Also, B2B ZONE set up an online business matching system, planning the meeting rooms for different kind of exhibitors in order to boost the trade, communication, and industry trends in the game industry.

B2C ZONE can be described as an amusement park. With extraordinary stage event, and the most popular online game, mobile game, console game, VR and periphery of eSport, all the gamers are making a beeline for this “carnival style” game show every year. Especially “Indie House” and “Board Game Wonderland” trigger each gamer’s original intention and enthusiasm to game from their deepest mind.