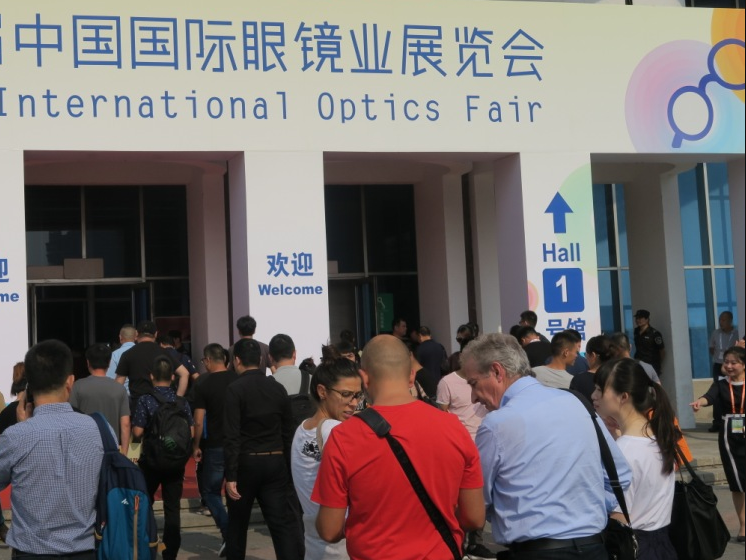 The International Optical Industry Exhibition for China commenced in Shanghai in 1985. In 1987, the show was moved to Beijing

The International Optical Industry Exhibition for China commenced in Shanghai in 1985. In 1987, the show was moved to Beijing, endorsed by the Ministry of Foreign Economic Relation and Trade (now Ministry of Commerce) as an official international optical exhibition for the country. As optical industry is under the Ministry of Light Industry (the current China National Light Industry Council), the Ministry started its sponsorship that same year. The show organizer, the China Optometric & Optical Association, renamed it as China International Optics Fair (CIOF) as of 1997 when it came to its 10th anniversary. The new title reflects the prominence of the show nationwide, the status and the support and participation it gets from international suppliers and traders of the optical world. CIOF2016, 29th event, has reached a record high of exhibition area of 55,000m² . Incessant expansion of the show scale, number of exhibitors and visitors during the past two decades once again proves that the status and significance of CIOF has been rooted in the country as well as global optical industry.

Established in 1985, China Optometric & Optical Association (COOA) is a national association with over 1,000 member companies composed of manufacturers, optometrists, traders, research institutes and education institutions of the industry. COOA is responsible to manage the development of the China's optical industry, entrusted by the Government. COOA is the organizer of CIOF, China International Optics Fair in Beijing every September and her sister fair, SIOF, China (Shanghai) International Optics Fair in Shanghai every February.

Demand in the Chinese market

China is the most populous country in the world with over 1.3 billion population. It is conservatively estimated that about 400 million of our people are wearing glasses and the annual demand for glasses is over 100 million pairs, making China the largest single optical market in the world. Moreover, as people care much about their visual health, glasses are now not only treated as necessary products for vision correction but also fashionable accessories. Thus, target consumers of eyewears cover all kinds of people instead of a limited group, which helps accelerate the sales and in turn boost the demand for high quality foreign made eyewears.

Importing advanced production machinery and materials, China has become the world's manufacturing centre, entrusted by many overseas companies to manufacture products on their behalf. On the other hand, Chinese manufacturers are keen to enter the world market, but they also eye on the huge local market. In order to win the trust of overseas customers as well as meeting the requirement of Production Certificate for selling their products in the local market, Chinese manufacturers have to import advanced production machinery and materials to upgrade their quality of production. Plus the increasing number of optical shops also lead to great demand on frames and visual test equipment, all such create great opportunities for foreign suppliers!

Good morning from Nigeria.
My client wishes to a certified optician wants to participate in your exhibition as a visitor.

How can we apply for official invitation letter for visa purpose?
0