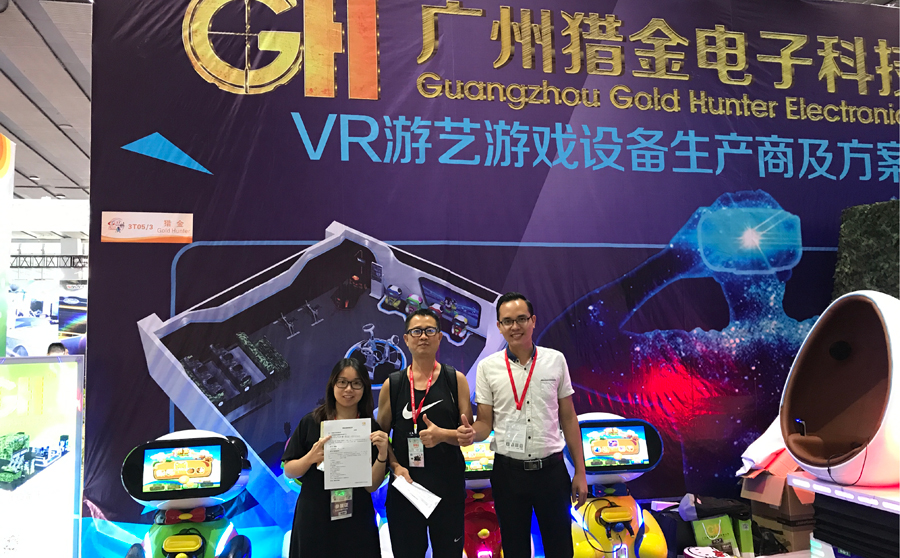 Due to the rapid development of the Chinese economy and its increasing influence on the global economy, the China market attracts a lot of operators' attention.  As one of the four "BRIC Nations," China has great business opportunities, which a lot of international businesses have set their eyes on, particularly in the gaming business, with two beneficial new policies, "Electronic Arcade Management Regulation" and "Electronic Arcade Special Zone."   Resultantly, the need for amusement/ gaming machines has increased dramatically.  The market has shown promising prospects, and its future development is closely watched by businessmen in this sector around the world.  The  GTI Asia China Expo that is organized by Haw Ji Co., Ltd. will be held at the  A Zone, China Import and Export Fair Pazhou Complex, Guangzhou City in Guangdong Province, China.  This is the best platform for those who want to enter the Chinese market and purchase Chinese products.  China, with a vast territory and abundant resources, has immense needs for entertainment; the government's liberal policy on the comic industry activated the development of the game industry.  More and more manufacturers from Taiwan, Japan, Korea, and Hong Kong set up factories in China, or cooperate with Chinese manufacturers in order to expand the market.

Three Halls with an area of 50,000 square meters, the ever grand expo, GTI Asia China Expo, will celebrate its birthday, and the whole industry in Asia will celebrate this âwowingâ party together with the great participation of buyers from China and outside of China. More and more exhibitors from Panyu, Zhongshan, Shenzhen, Shanghai, Nanjing, Shenyang, Suzhou and etc. will exhibit their latest and most popular products and services in this show venue. Since its establishment in 2009, GTI Asia China Expo has become the most representative international game & amusement trade fair in China, attracting groups of big names in the industry and the most part of co-exhibiting small manufacturers every year.