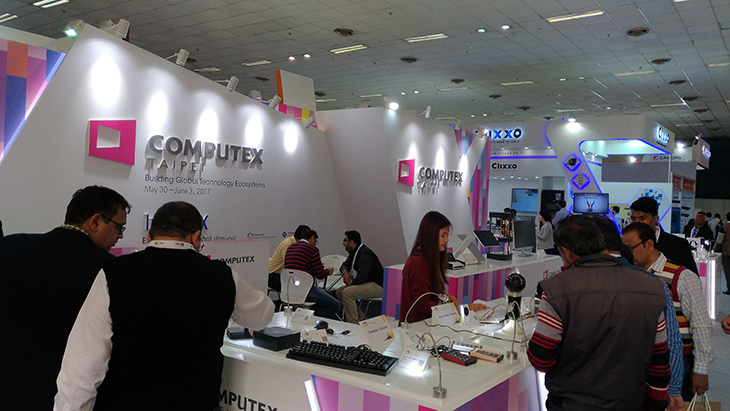 In 2016, a new exhibit "InnoVEX" was organized as a part of COMPUTEX TAIPEI and attracted more than 200 startups and 10,000 attendees in the first year alone. It creates a platform specifically for tech startups to network with global buyers, investors, and manufacturers through the exhibition, forum, pitch, and matchmaking. InnoVEX accelerates the commercialization process, while also providing effective matchmaking for capital and manufacturing capabilities.

Development of a brief

COMPUTEX was designed for small and medium enterprises (SMEs) in Taiwan's growing computer (information) industry at the time. In the fourth session (1984), chairman shi Zhen Rong of the TAIPEI computer trade association decided to name the exhibition "COMPUTEX TAIPEI" to show the status of Taiwan's computer hardware industry.

In the early 1990s, Taiwan's information technology industry took off, the scale of Computex Taipei continued to improve, and when the exhibition hall of the foreign trade association of Songshan airport was reopened in the eighth and ninth years, it rose to the third place in the world and the first place in Asia.

During the exhibition, major manufacturers of various countries will hold the publication of new products and technologies, which will attract the attention of journalists, computer technicians, and financial analysts of various countries. It is also an important indicator. Even vendors rent adjacent malls and restaurants outside the official exhibition area to promote their products.