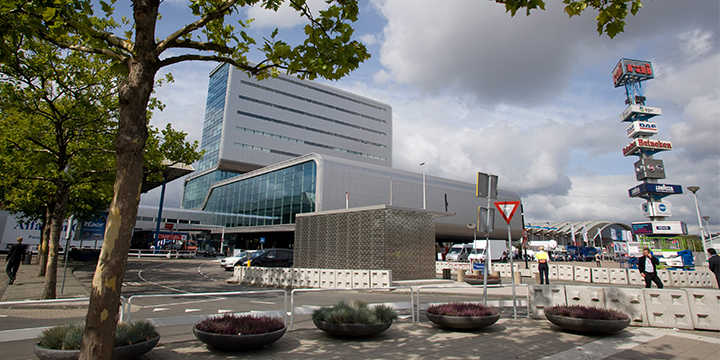 RAI Amsterdam convention center, commonly known as RAI Amsterdam or RAI for short, is the convention and exhibition hall complex in the business district of Zuidas, Amsterdam, the Netherlands.RAI opened in 1961 and received 75 million visitors in February 2001. Up to two million people visit RAI each year. About 50 international conferences and 70 trade shows are held in RAI each year.