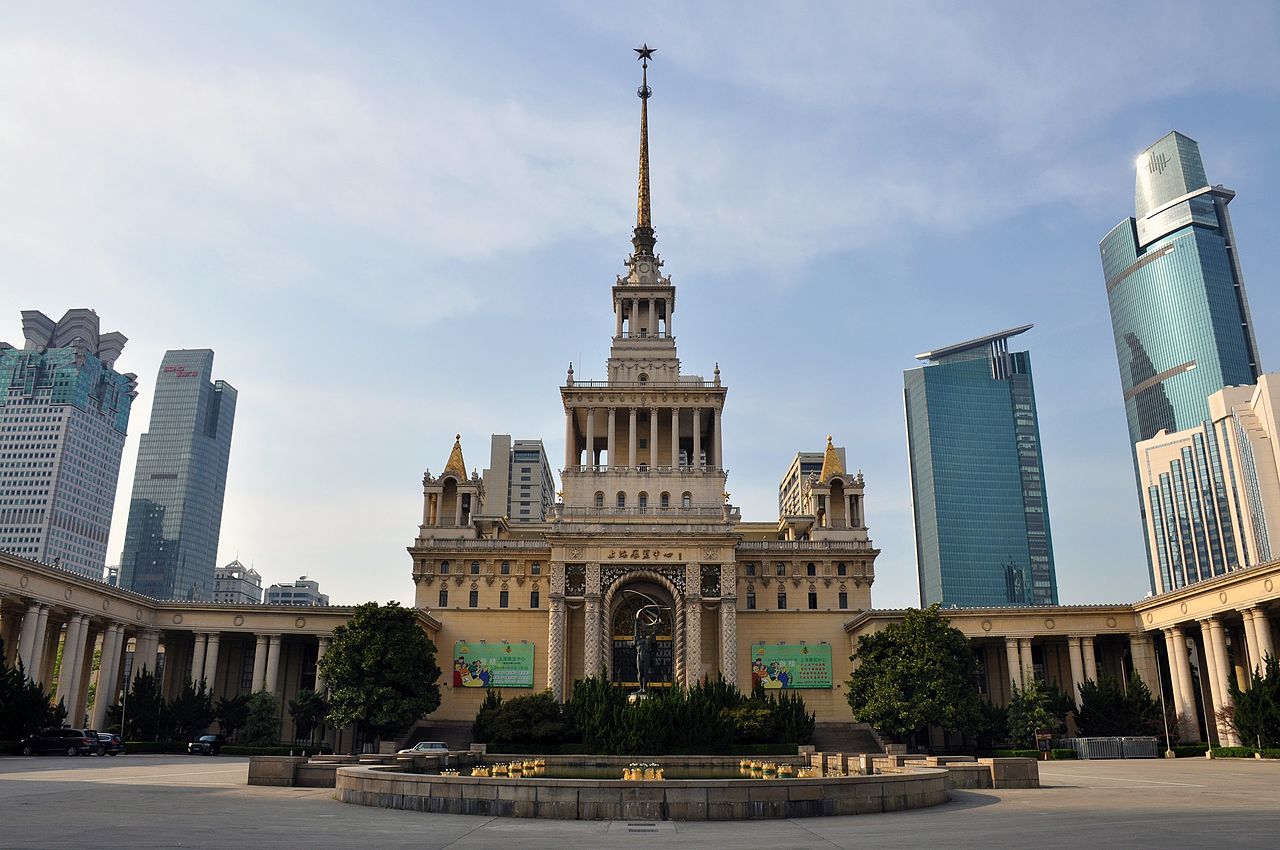 The Shanghai Exhibition Centre or the Shanghai Exhibition Hall is an exhibition and convention centre in central Shanghai. The building was built in 1955 as the Sino-Soviet Friendship Building to commemorate the alliance between China and the Soviet Union, a name by which many locals still refer to the building. Reflecting its original name, the design draws heavily on Russian and Empire style neoclassical architecture with Stalinist neoclassical innovations. The building is a major landmark in Shanghai. At 93,000 square metres, it is one of the largest integrated building complexes in central Shanghai by footprint. At 110.4 metres (to top of spire), it was for decades (1955–1988) the tallest building in Shanghai. Its main frontage, an open quadrangle with an elaborate central tower, faces Yan'an Road, today the main east-west artery across central Shanghai, while its secondary façade, a colonnade, faces West Nanjing Road, one of the premier retail and commercial streets of Shanghai.